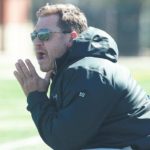 For more than 20 years, Eastern Mass Hawks Academy Founder and President Kevin Orcutt has been a regular sight on the sidelines of the South Shore youth and high school lacrosse scene. Orcutt began his lacrosse career as a midfielder at Merrimack College in the late 80’s, one of the teams that laid the groundwork for the program’s ascent to the NCAA Division II varsity status in the ’90’s. Following his time at Merrimack, Orcutt took over head coaching duties at Derby Academy, and within only a few years, Derby was ranked on of the top middle school teams in New England and sent numerous talented young men to great institutions in the Independent School League and as well as other prestigious leagues in New England.

Orcutt spent the next year as the Defensive Coordinator at the Massachusetts Maritime Academy.  He built on the strong work ethic of the Cadets at MMA and worked with Jack Murphy (Cohasset) who would then move on to Fairfield University and then be drafted in the 2014 MLL Draft by the Boston Cannons.  Orcutt earned a great opportunity the next year in going to lead the Boston College Eagles at Chestnut Hill.  In his first season at the helm at Boston College, the Eagles finished at 13-1 with its only loss being in the National Championships in South Carolina and ending up finishing 8th in the Nation.   He followed up in 2014 with an 11-4 campaign in 2014 with a rigorous schedule that earned them the 5th spot in the Nation in the MCLA Division 1.